Catholic Cemeteries defines itself as a ministry, not a business, helping parishioners select burial plots on “sacred grounds consecrated by the Church.” The company represents four Catholic cemeteries across Queens, Brooklyn and Long Island.

Tracking burial plot sales across four cemeteries presented its own set of challenges to the company, particularly if the location that housed the company’s server went down, which would essentially shut down all business operations. Those challenges were compounded when the company’s IBM i (AS/400) server announced End-ofLife (EOL) status. With the cost for the new server iSeries out of the company’s price range, John Vercelletto, Catholic Cemeteries’ Software Development Manager, was tasked to find a new production server, preferably cloud-hosted, in order to mitigate costs, ease backups and improve mobility for its growing number of remote users and salespeople. After receiving quotes from three companies, Catholic Cemeteries chose to work with CloudFirst based on their expertise, reputation and their cost efficient solutions.

After evaluating the company’s current software environment and application requirements, CloudFirst worked collaboratively with John Vercelletto and the IT team at Catholic Cemeteries, ultimately determining that the best approach was to migrate their production IBM i system to the cloud while keeping the older, onsite server operational as a backup and as a test server. The migration to the cloud was smooth, with no issues with the onboarding or implementation and with minimal impact to the day-to-day operations of the company. CloudFirst engineer Steve Boisclair set up the nightly backups between the onsite and cloud-hosted server, then provided training to John so he could oversee the backup.

Migrating to the cloud saved Catholic Cemeteries from having to upgrade to a Power 8 or 9 server, along with the costs of maintenance and outsourced support whenever problems would occur. It also protected the company from the greater costs associated with an unplanned downtime. Now, all services will remain available on the cloud. The IBM Power Cloud Migration saved time as well as costs. With CloudFirst’s staff now managing the IBM i system along with any system and user issues, Catholic Cemeteries’ employees were free to focus their attention on other job responsibilities. For remote workers and salespeople, the move to the cloud hasn’t just enhanced their mobility, it has greatly improved security. No longer forced to access the main server from their homes or the field, workers can now access the production server in the cloud directly via a VPN connection. Overall, Catholic Cemeteries is very happy with the service and response from CloudFirst and looks forward to continuing the relationship. 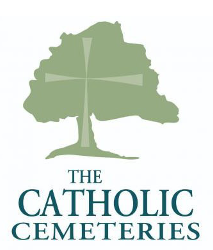