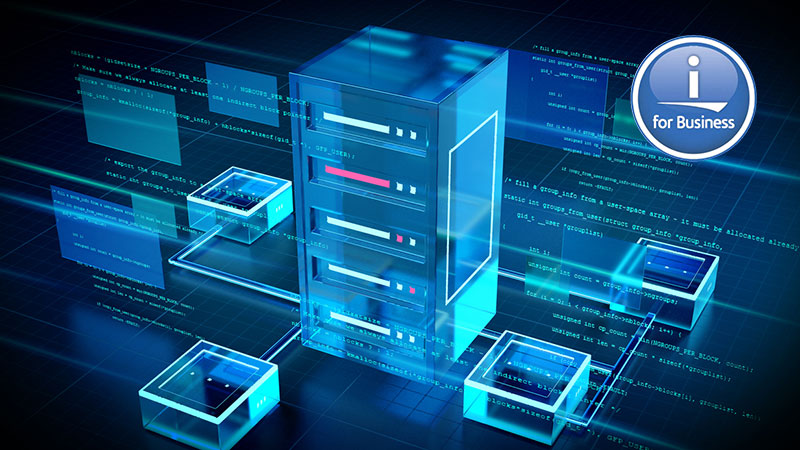 Business owners and IT managers know that a company’s operating system is only as useful as its ability to handle complex business tasks, manage essential resources, and keep mission-critical operations running, while maintaining vital security and protections against costly downtime. When it comes to IBM Power Systems, IBM i has allowed businesses to manage hardware and application resources fluidly and cost-effectively. In short, it is a vital component of companies’ IT programs, and a major business asset. Companies relying on IBM Power Systems concur: They could not live without it.

IBM Power Systems users now have something significant to celebrate: the introduction of IBM i Version 7.5 — the first new iteration of the operating system in three years. It contains numerous enhancements and additional capabilities to many base operating system components and products in the IBM i portfolio.

The new version is supported on select Power Systems servers with Power9 or Power10 processors; users relying on earlier processors will need to shift to newer systems to take advantage of the features in IBM i 7.5. The new version is available as of May 10, 2022.

Not surprisingly, security enhancements and upgrades are significant aspects of the new IBM i Version 7.5 release, thanks largely to ransomware. For example, there’s a new password encryption scheme, activated by setting new system value Password Levels; it allows for greater protection and higher levels of security.

New ‘Check Password Meets Password Rules’ ensures that the password specified in the password information meets the rules for the system on which this API is run. Enhancements have been made to the SST commands used for user ID management and configuration. A ‘Password Expiration Interval’ was added, as were numerous SST attributes to heighten security and block unauthorized users.

The Digital Certificate Manager, or DCM, also has numerous enhancements in IBM i 7.5. This includes full replace of the UI for object signing, providing several new functions. ‘Browse and select’ buttons are added to multiple panels to eliminate the need to manually type IFS paths and file names.

Changes will also allow users to better manage the certificate objects residing in the Upload and Download directory used for import and export functions. These changes improve the user experience with added functions to the base security components.

Beyond security, the new IBM i Version 7.5 also includes numerous additional options for data compression. The ZLIB algorithm is faster than previous algorithms, and produces a smaller result. It uses the on-chip Nest Accelerator (NX) GZIP when running in Power10 compatibility mode on a Power10 processor, so it’s faster and less CPU-intensive than before. There are also enhancements to ‘Save and Restore’ and ‘Networking’ components of Version 7.5.

In terms of Application Development, IBM is introducing significant changes to the Rest API engine in IBM i. Support parameters will jump from seven to 248. Updates to the logging support within IWS provide additional functions; data written to the logs can now be written in JSON format, access logging can track more information about usage of Rest API, while HTTP logging now takes two forms, both captured in the access log.

There are also updates to CCSIDs, with two new ones offered, and an update to the two-digit date format that extends from January 1, 1970 to December 31, 2069.

Further, upgrades include refinements to the IBM Job Scheduler, with a rich set of performance instrumentation and tools with added functions for system management, as well as enhancements for IBM Navigator. Key enhancements have also been made to the Integrated File System; the time to perform a CRG switchover is also greatly reduced.

IBM i Version 7.5 also supports a new I/O offering for Power, and there is a new generation of Enterprise PCIe4 NVMe disks in U.2 form factor for Power9 servers. For example, Db2 for I includes new capabilities for SQL application developers, DBEs, and anyone interested in modern and advanced security management. There is Db2 for i Enhancements, for i Services, and for IBM i Services.

The new IBM i Version 7.5 continues to enable several open-source Java application servers, with new features and updates to IBM Rational Development Studio and to IBM i Access Client Solutions.

IBM i Version 7.5 is a great leap forward for managing day-to-day tasks and the entire IBM i system. Talk to DSC about how IBM i Version 7.5 can benefit your business right away, and down the road. We’ll be happy to review these upgrades and enhancements with you, and demonstrate how the latest version of IBM i will benefit your organization. We’re here to help!

Get a 14-Day No Commitment Recovery Cloud Backup Trial.